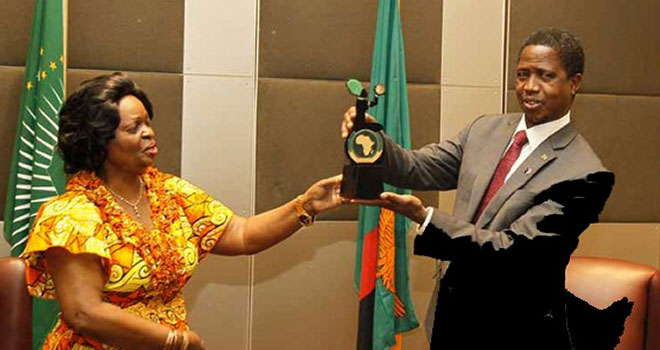 Zambia has assumed the Chairmanship for the African Union Peace and Security Council for the month of August.

This is the second time that Zambia will be chairing the Peace and Security Council, organ of the African Union in charge of peace and security, since becoming a member of the council three years ago.

Following consultations and green light from government, the Zambia Mission presented the items on the agenda in July this year, which have since been approved for discussion in the month of August by the Peace and Security Council.

Zambia’s Ambassador to Ethiopia, Susan Sikaneta who is chairing the meetings on behalf of Zambia said some of the items on the agenda, to be discussed include the preparation for the Amnesty Month in relation to silencing the guns on the continent by 2020, and embracing the values of governance and democracy through the review of the AU Charter on Democracy, elections and Human Rights.

On the preparation for the Amnesty Month, Ms. Sikaneta said this was an important programme because there are many illegal weapons and arms that were in circulation on the African continent.

The Zambian Ambassador to Ethiopia also noted that Zambia has taken the surrendering of weapons seriously, owing to the fact that the AU Roadmap on Silencing the Guns was crafted in Zambia in 2016, guided by President Edgar Lungu.

She said time has come for the continent to resolve their differences through dialogue and not through the use of weapons.

Ms. Sikaneta who is also Zambia’s Permanent Representative to the AU said the Peace and Security Council will further consider suggestions for the standardization of legislation, for owning weapons on the continent.

She noted that this should continue to be enhanced so that Zambia continues to be a model of peace, democracy and good governance that the country is admired for.

The Ambassador also commended President Lungu for allowing Peace to thrive in Zambia.

Other Members of the Peace and Security Council took turns in congratulating Zambia for assuming the chairmanship of the council.