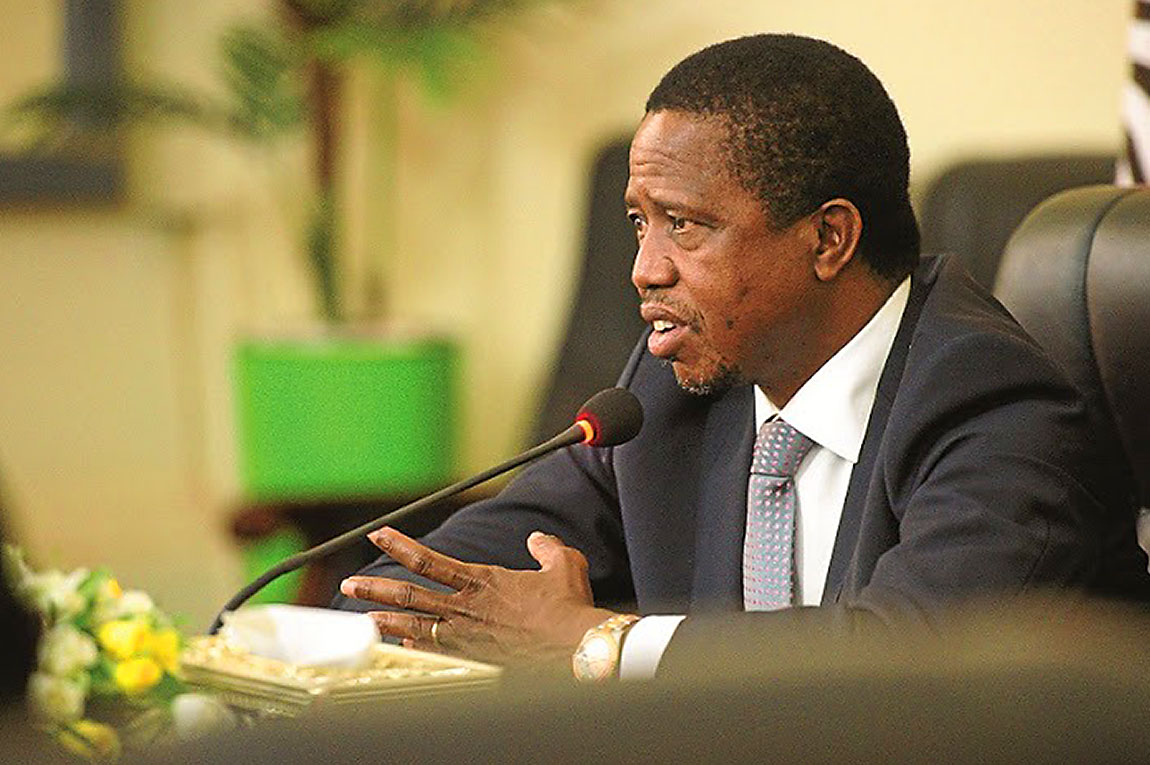 President Edgar Lungu has noted that while China has invested significantly in Africa and is one of Africa’s major trading partners, there is room for more considering the existing trade and investment opportunities in Africa.

The Head of State said this in a speech read on his behalf by Minister of National Development Planning Hon. Alexander Chiteme when he graced the official opening of the Africa – China Think Tanks Forum under the theme “Africa –China Economic Development Agenda – Opportunities for the Belt and Road Initiative and FOCAC” organized by the Policy Monitoring and Research Center (PMRC) in Lusaka.

“I am therefore pleased to announce that Zambia signed the Memorandum of Understanding on the Belt and Road Initiative with China last year. We look forward to the full implementation of this MoU through increased Chinese investment and the implementation of developmental projects,” said President Lungu.

“Over the years, China has continued to be an ‘all weather’ friend to Zambia, providing support in all sectors with notable projects that include the TAZARA railway line, New Government Complex, the National Museum, Levy Mwanawasa Stadium and hospital, Housing Units for the Defence Forces, the National Heroes Stadium, Construction of roads and of Milling Plants, as well as development of international airports, to mention but a few.”

He also said Zambia is indeed proud to host this event which is undeniably an assembly of great minds and thinkers coming from diverse backgrounds to exchange ideas aimed at enhancing the China-Africa partnership.

The Head of State added that for Zambia, this Forum is timely considering that this year the country will be commemorating the 55th Anniversary of the establishment of Zambia – China Diplomatic Relations as well as the commemoration of Zambia-China Cultural Year.

“In this regard, let me pay tribute to the excellent relations that exist between Zambia and the People’s Republic of China. A friendship whose foundation is premised on equality and mutual respect, a bond made possible by the visionary leadership of the founding father of Zambia, His Excellency Dr. Kenneth Kaunda and of China, Chairman Mao Zedong. Our friendship has transcended changes in leadership in both our countries and has stood the test of time,” he highlighted.

“China is a friend to many. In September 2018, I attended the 2019 Forum on China Africa Summit (FOCAC) in Beijing which yielded positive outcomes for Zambia and the rest of Africa. The Beijing Declaration, the 2019 – 2021 FOCAC Action Plan, and the eight FOCAC initiatives announced by His Excellency Mr. Xi Jinping, President of the People’s Republic of China, during that Summit, are designed for win-win cooperation.”

He further commended China for its Belt and Road initiative which is designed to promote trade and stimulate economic growth in participating countries.

He noted that this should indeed create synergies with Africa’s Agenda 2063 Flagship projects such as the High Speed Train that will connect major cities and commercial centres in Africa.

Speaking at the same forum, PMRC Board Chairperson Margaret Mwanakatwe disclosed that according to statistics from the General Administration of Customs of China, in 2018, China’s total import and export volume with Africa was US$ 204.19 billion, a year-on-year increase of 19.7%, exceeding the overall growth rate of foreign trade in the same period by 7.1 percentage points.

She recalled that in 2018, the growth rate of China’s trade with Africa was the highest in the world.

The PMRC Board Chairperson said this shows that China is an important partner for Africa and Zambia inclusive.

“While Africa’s general economic performance continues to improve despite the myriad of challenges, it remains insufficient to address the structural challenges faced by the continent. Economic performance continues to recover, and GDP growth is projected to accelerate to 4.0 percent in 2019 and 4.1 percent in 2020. But improved macroeconomic and employment outcomes require industry to lead growth,” she said.

And Dr. Kaunda emphasized the need for African countries to deepen and strengthen relationship with China in advancing economic growth.

Dr. Kaunda, who spoke on behalf of Africans in advancing Pan Africanism with China, said it is not a secret that China has supported several infrastructure projects in Africa including Zambia such as the Tanzania – Zambia Railway Line (TAZARA) among other notable projects.