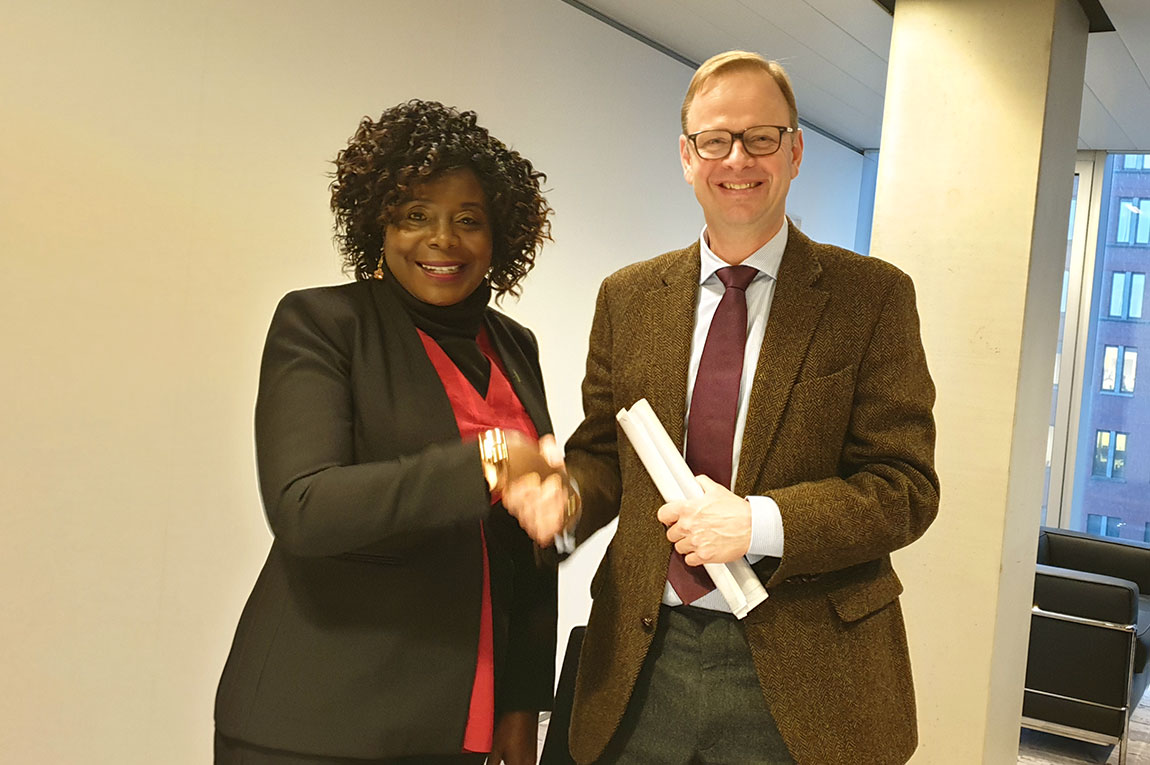 WE NEED THOSE SCHOLARSHIPS…

Zambia’s Ambassador to Belgium and Plenipotentiary to the Netherlands, Prof. Esther Munalula Nkandu has appealed to the Netherlands government to consider Zambia on its list of priority countries for Dutch scholarships.

Ambassador Munalula Nkandu says the Zambian government had made significant progress in the education curriculum to ensure that its citizenry meet international standards in their quest to advance their studies outside the country.

She said this when she met the Director of Sub-Sahara -African Department, at the Ministry of Foreign Affairs and International Cooperation in the Netherlands, Mr Alle Dorhout.

”We are asking that you consider Zambians as beneficiaries for scholarships as well as exchange programmes. Our government has made progressive measures in our curriculum to ensure that Zambian students meet international requirements and qualifications in their quest to advance their studies, but we still need support for post graduate students.

Also, we seek partnerships in capacity building in the areas of Trade. You may wish to note that Zambian government has embraced the fact that the key to socio economic development lies in the diversification of its economy, and as such we have the Seventh National Development Plan which is our economic policy framework to enable us achieve the objectives we have set for our country’s development.

With this plan, I am confident that Zambia is on the right path to achieve socio-economic development”, the Ambassador said.

And Mr Dorhout says the Dutch government is eager to enhance the already existing relations between the two countries.

He informed Ambassador Munalula-Nkandu that currently the Dutch government has 25 Zambians under full scholarships in various fields and 40 on tailor made programmes in the field of Water Farming and other forms Agriculture.

He however noted that Zambians could benefit from benchmarking visits or placements to their Centre of Excellence like the Centre for the Promotion of Imports – CBI which is a part of the development cooperation effort of the foreign relations of the Netherlands whose main focus is provide training for exporters and business support organisations from developing countries on export marketing and management, trade promotion among others.

He reassured The Ambassador that he would collaborate with the embassy to ensure that Zambia meets its trade aspirations and that the two countries expand their economic ties.