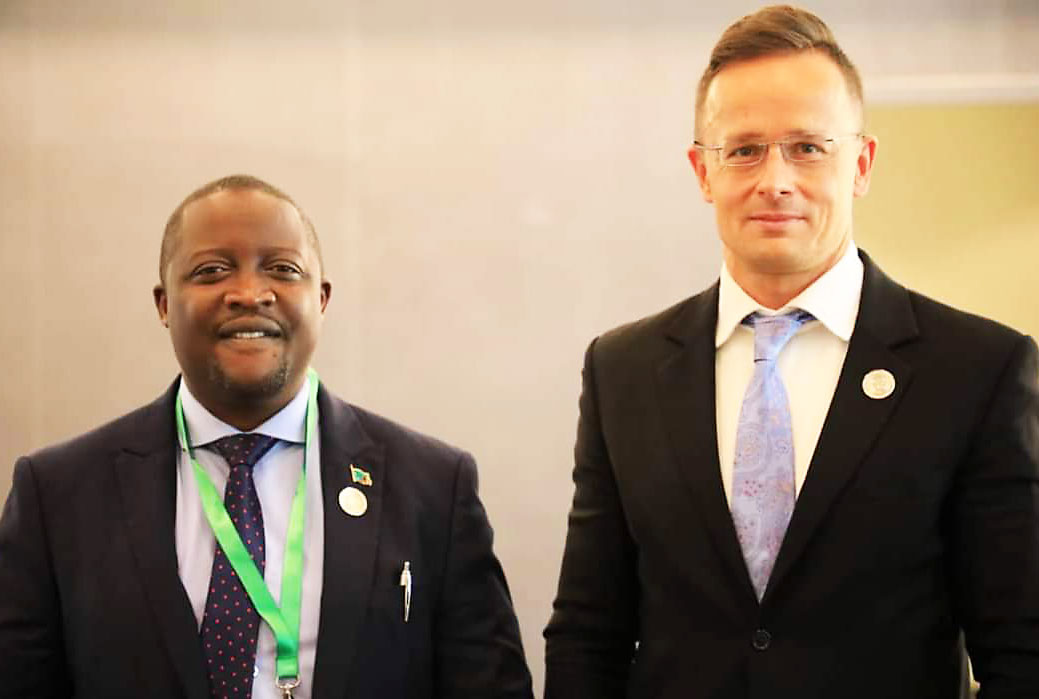 Foreign Affairs Minister, Hon. Stanley Kakubo has assured investors that Government’s policy of zero tolerance against corruption is meant to protect public resources including investments that are brought into the country.

Speaking during a bilateral meeting with Hungarian Minister of Foreign Affairs and Trade, Hon. Peter Szijarto, Hon Kakubo emphasized that government was keen to attract investment that will create jobs especially for young people.

He said government had placed emphasis on investments that set a high premium on workers’ and human rights.

He said Government placed importance on the problem of youth unemployment and was committed to ensuring that there was job creation because the mandate of the new dawn Government was derived mainly from the youth vote.

Hon. Kakubo emphasized on the need for quality education and requested the Hungarian Government to consider allocating scholarships to Zambian students.

He expressed confidence that the Memorandum of Understanding (MOU) between the two countries of education scholarship would soon be signed and concluded.

The Minister commended the Hungarian Government for its decision to open an Embasssy in Zambia and further requested for more Hungarian companies to invest in Zambia.

Hungarian Minister of Foreign Affairs and Trade, Peter Szijarto , thanked Government for allowing the Hungary to set up an Embassy in Zambia.

The Minister also met Zambians living in Kigali and assured them of the Government’s commitment to better the lives of all its citizens including those in the Diaspora.