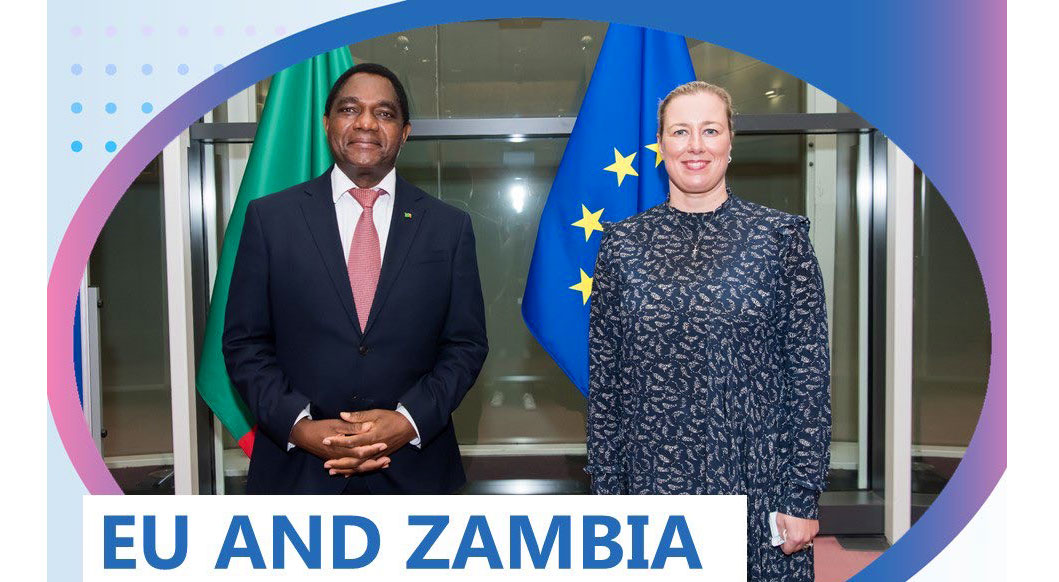 Government has agreed to enter a seven-year cooperation on priority areas with the European Union.

President Hakainde Hichilema says the partnership agreement is part of government’s agenda to recover, restore and revive the country’s economy.

The Head of State says he remains committed to fulfil his promises to the people of Zambia for an improved socio-economic status.

President Hichilema says the partnership with the EU will prioritise areas such as human development, education and health.

Other areas include green partnerships for sustainable jobs and growth; and consolidating a fair, democratic and inclusive society.

The Head of State added that his government will endeavour to respect the democratic principles and the rule of law.

He said this when he held a bilateral meeting with European Union Commissioner for International Partnerships – Jutta Urpilainen on the margins of the just ended Sixth EU-EU Heads of State and Government Summit in Brussels.

And Commissioner Urpilainen reaffirmed the EU’s commitment to Zambia.

Commissioner Urpilainen said the EU will support Zambia’s economic recovery agenda as outlined in the agreement.

She added that the Commission will continue the efforts in multilateral fora to provide partners the needed space to address recovery.

The Commissioner commended Zambia for showing its democratic credentials in the August 12 general elections.

She stated that the Commission would support Zambia in its quest to uphold democratic governance.