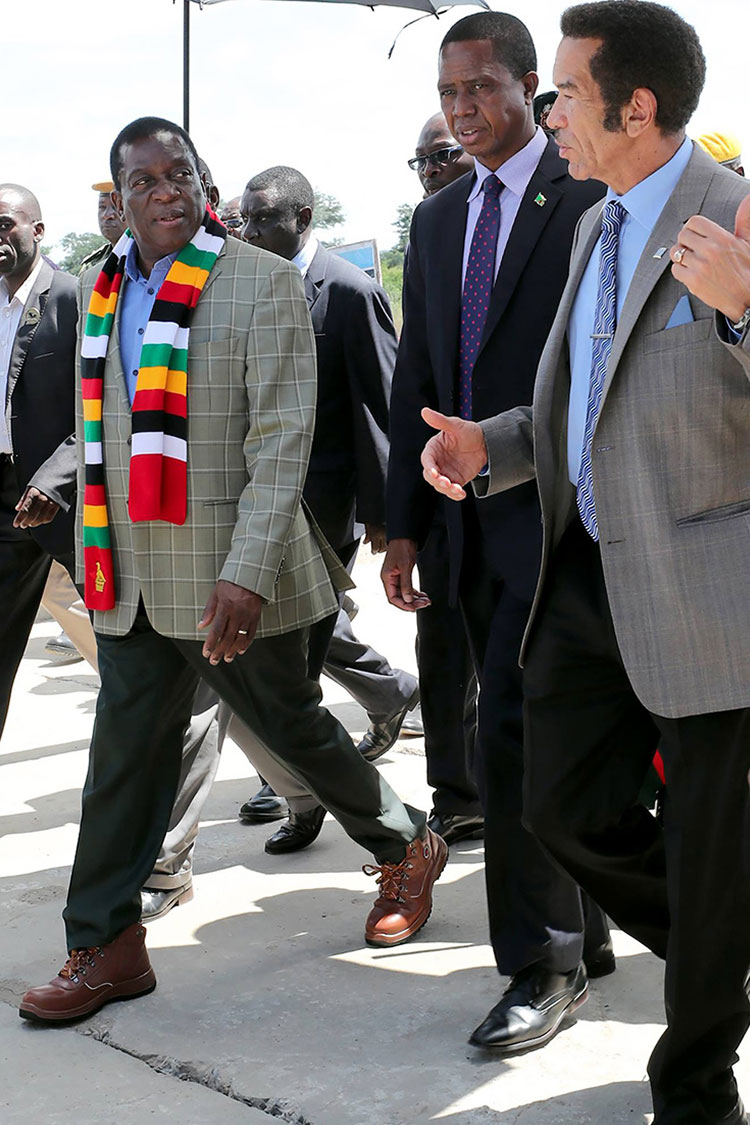 President Edgar Chagwa Lungu today, March 10,2018 held a meeting with Zimbabwean President Emerson Mnangagwa and Botswana President Seretse Khama Ian Khama over the possibility of Zimbabwe joining the kazungula Bridge project. The meeting was successful and the three countries have resolved to come up with a joint project that will be a one-border post.
The project will be carried out during the second phase of the kazungula project. And President Lungu has directed the ministry of infrastructure to construct houses on the Zambian side to accommodate the workers. The three Presidents also toured the kazungula project and where happy with the works. Minister of housing and infrastructure development Ronald Chitotela and Zimbabwe minister of transport and infrastructure development and Botswana minister of transport and communication held a press-briefing shorty after a tour of the bridge. And Mr. Chitotela disclosed on behalf of president Lungu that the two countries have agreed to allow Zimbabwe to join the project during the second phase of the project.

And Zimbabwean President Emerson Mnangagwa said he is excited to be part of the multi national kazungula project. The Zimbabwean president said this through his transport and infrastructure development minister Joram Gumbo.
ZNBC