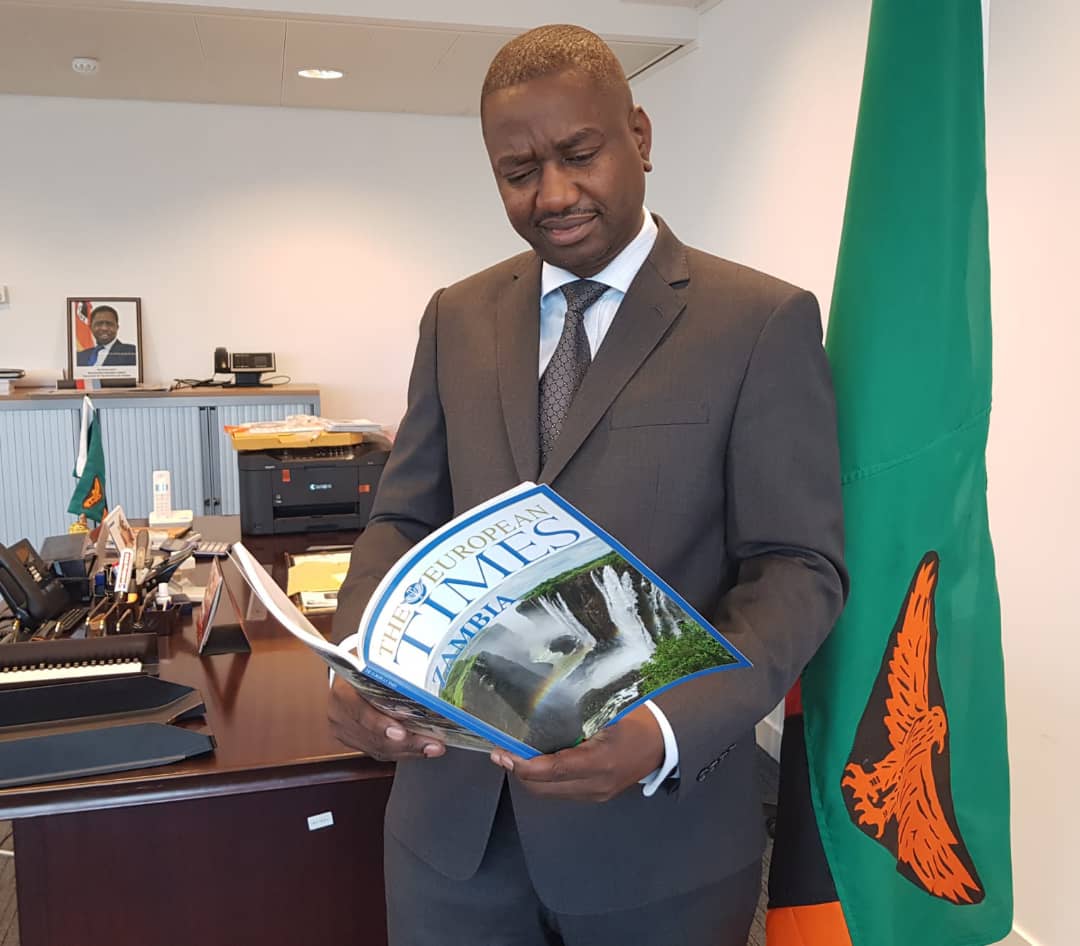 The European Times has hailed Zambia as a favourable country for business and foreign investment.

The European Times is an independent media agency specialised in in-depth economic reports aimed at promoting countries and their vast potential for investment and growth.

Agency Chief Executive Officer, Thieu Cuypers called for consented efforts in highlighting positively the country’s business opportunities through good public relations and marketing techniques in order to attract foreign investment.
“Zambia’s political stability, abundant natural resources, geographical location and skilled manpower are just some of the many strengths that make it a favourable place for business and investment,” said Mr. Cuypers during a courtesy call on Charge d’ Affaires at the Embassy of Zambia in Belgium Mr. Henry Ngilazi.

He observed that distorted information about the country is bound to have an effect on investor confidence in the wake of the abuse of social media and internet accessibility.
Mr. Cuypers commended the Embassy for facilitating interviews with various heads of ministries and government agencies in Zambia for the publication of the second edition of the European Times – Zambia news magazine.

And Mr. Ngilazi said Zambia is actively engaging with other countries and the international community in order to increase the levels of foreign direct investment and subsequently spur economic growth.
Mr. Ngilazi noted that although mining is Zambia’s economic mainstay, the Government of the Republic of Zambia has continued to diversify the economy with key sectors such as agriculture, health, education, energy and tourism, among others, open for further investment.

“Backed by rich natural resources such as copper and cobalt, the mineral sector has for many years been the backbone of the country’s expanding economy. However, with the growing population and increased demand for development, the Government has been making commendable efforts in diversifying the economy and this has led to some sectors being given more attention to increase value action”, said Mr Ngilazi.

“The shift from political to economic diplomacy comes at an opportune time, when Zambia strives towards developing and diversifying its economy. Therefore, the Zambian Mission in Brussels will continue engaging other countries and the international community in order to promote and increase the country’s FDI, which will result in economic growth and job creation”, he said.

Mr. Ngilazi emphasized that the Embassy also prioritizes the implementation of the 7th National Development Plan, which acts as a blueprint for Zambia’s development agenda 2017 – 2021.