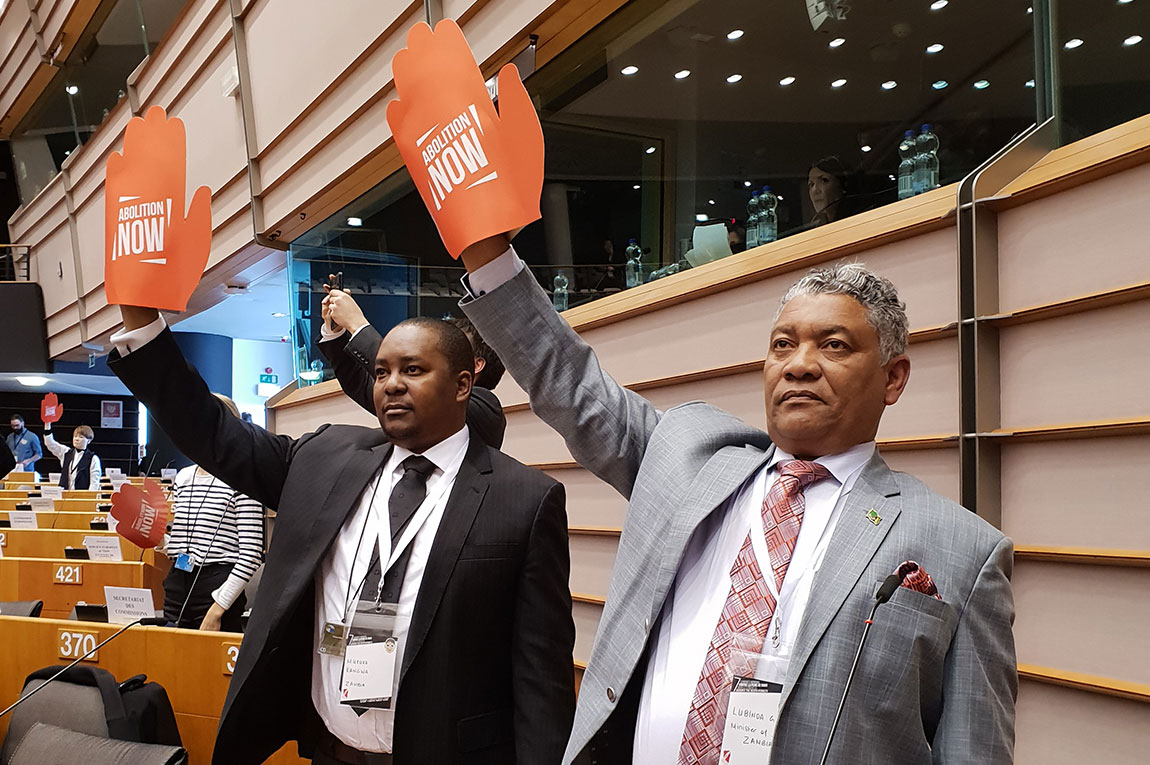 Government says it is committed to ensuring that any amendments to the constitution represent the will of the people.

Speaking in Brussels at the just ended 7th edition of the World congress against death penalty, Minister of Justice, Hon. Given Lubinda says although government is in support of the UN declaration of human rights and the abolishing of the death penalty, the will of the people has to be respected.

He said unlike other laws that could easily be amended, the death penalty is a constitutional matter that could only be amended through a referendum.

Mr Lubinda revealed that during a referendum to abolish capital punishment, only 9 out of the 72districts supported the abolishment.

He explains that although death penalty is still being upheld in the country’s constitution, no Zambian leader has signed it since 1997.

The minister revealed that since assuming office, Republican President His Excellency Mr Edgar Chagwa Lungu has so far pardoned 3 prisoners and commuted 332 prisoners on death row to life imprisonment.

“We have heard that Presidents are not signing warrants of execution this is because even in Africa politicians are saying NO to death penalty. Globally we have agreed that we are going to end the death penalty but what is happening in our sovereign states is different. As the case is in my country, we have had a moratorium for the last 22years, in which 600 prisoners on death row were commuted to life imprisonment and 30 were pardoned. From 2011 to 2016 my country was going through a constitution review process and the question of the death penalty was put to the people because it is enshrined in our country’s constitution. We as law makers cannot just go to parliament and amend the constitution. The Zambian government is committed to ensure that the constitution represent the will of the people through a referendum. We are a government that is always listening to the collective wisdom of our citizens, and if they decide to vote for the retention of the death penalty, we do just that”, he explains.

He has since called on the Human Rights activists and Civil Society Organisations to partner with political leaders and government in the move to abolish capital punishment.

The world is on the move towards the universal abolition of the death penalty. As of July 2018, 142 countries had abolished capital punishment either by law or practice representing two thirds of the countries while 56 countries have retained the practise.

The 7th edition of the conference that was organised by Ensemble Contre la Peine de Mort -ECPM in partnership with the World Coalition Against the Death Penalty and under the sponsorship of Belgium, the European Parliament, Switzerland and the European Union attracted 1500 delegates from 115 countries across the globe representing senior government officials, Community activists, lawyers defending death row inmates, political leaders, parliamentarians