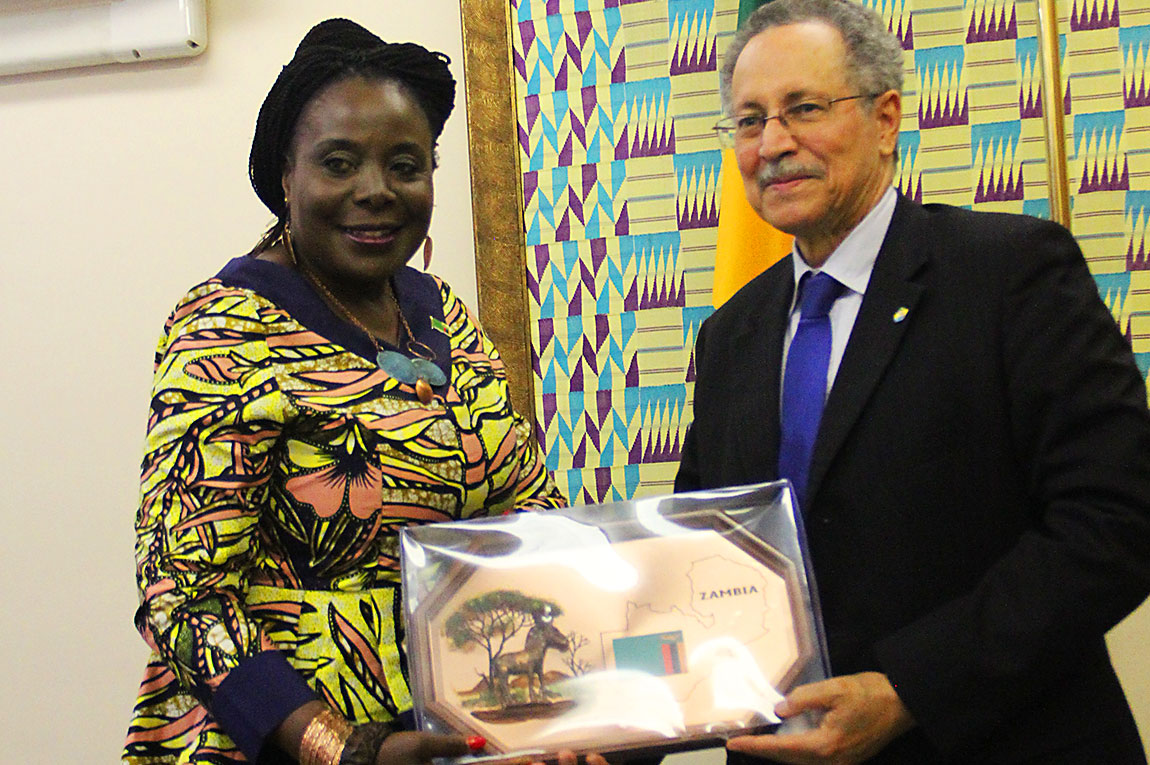 The two discussed areas of cooperation and mutual benefits.

Patrick Gomes expressed his gratitude to His Excellency Mr Edgar Chagwa Lungu for his commitment to Mineral Development by successfully hosting the International Conference on Artisanal Small-Scale Mining held in Livingstone from 11th to 13th September 2018.

Dr. Gomes also said the event was evidence that the government has recognised the importance of Mineral development and was working hard to diversify the economy.

The ACP Secretary General also said he was delighted to note Zambia’s commitment to gender equality as seen by the appointment of a female Ambassador to represent the country at the European Union.

And Prof. Munalula Nkandu says government had formulated a plan on the diversity of the economy.

She said the formulation of the Seventh National Development Plan was to provide a robust and long-term contribution to the lives of citizens that fits well in Sustainable Development Goals.