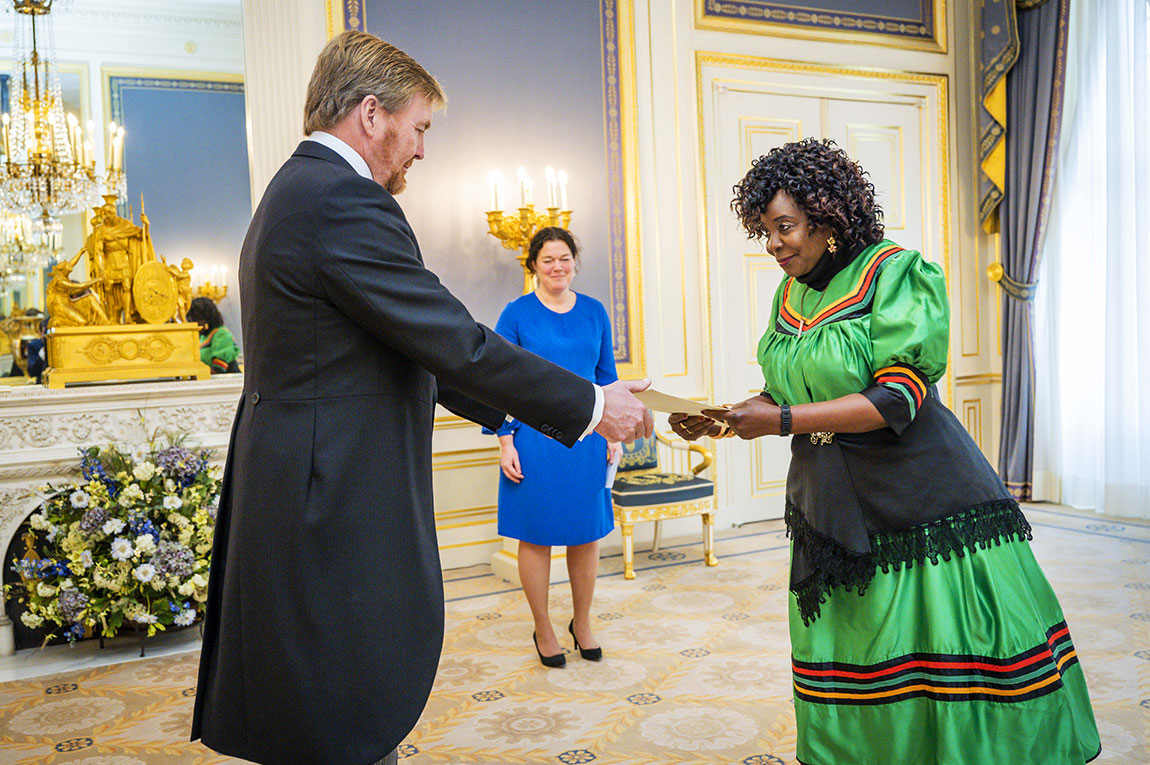 King of the Netherlands, His Majesty Willem- Alexander Claus George Ferdinand has called for increased collaboration and strengthening of bilateral relations between the Netherlands and Zambia.

King Willem-Alexander said Zambia and Netherlands have over the years enjoyed cordial relations which have culminated into various business activities at various levels.

The King further said that his government was keen to continue collaborating with the Zambian government on its priority sectors as well as areas of mutual benefit.

He said this during a closed-door meeting at the Noordeinde Palace in The Hague, shortly after receiving letters of Credence from Zambia’s Ambassador to Belgium and Plenipotentiary to the Netherlands, Prof. Esther Munalula Nkandu.

And Prof. Munalula Nkandu has appealed to King Willem-Alexander and the Netherlands government to consider extending cooperation with Zambia in the Energy, Agricultural and Educational sectors.

The Ambassador explained to the King that Zambia needed cooperating partners in Solar and renewable energy in order to cushion the power deficit that the country is currently facing.

She says that the dependence on hydro power supply was no longer sustainable because of the harsh effects of climate change.

She also implored the king on the need for the two governments to continue collaborating in the education and agricultural sectors.

“We had a wonderful conversation with the King on Zambia’s relations with the Netherlands, specifically on Agriculture, Energy and education. We have a few Dutch organisations present in Zambia, and the encouragement is that as they continue to expand they will engage more Zambians. This will be beneficial to both countries. In relation to Agriculture, our focus is on skills development and value addition with regards to agricultural produce in our quest to penetrate the Dutch market.

I also explained to His Majesty about the Seventh National Development Plan which government is using as blueprint towards attaining various goals for the country, and also our Missions strategic plan whose goals and objectives have been derived from the 7th NDP.

We also spoke about Tourism, and I later extended an invitation to the King to visit Zambia. It was interesting to note that the King’s grandfather was a close friend to our First President, Dr. Kenneth Kaunda”, The Ambassador explains.

The Ambassador says that she remains optimistic of a good relationship between the two governments as they work together towards achieving goals and objectives of mutual benefit.