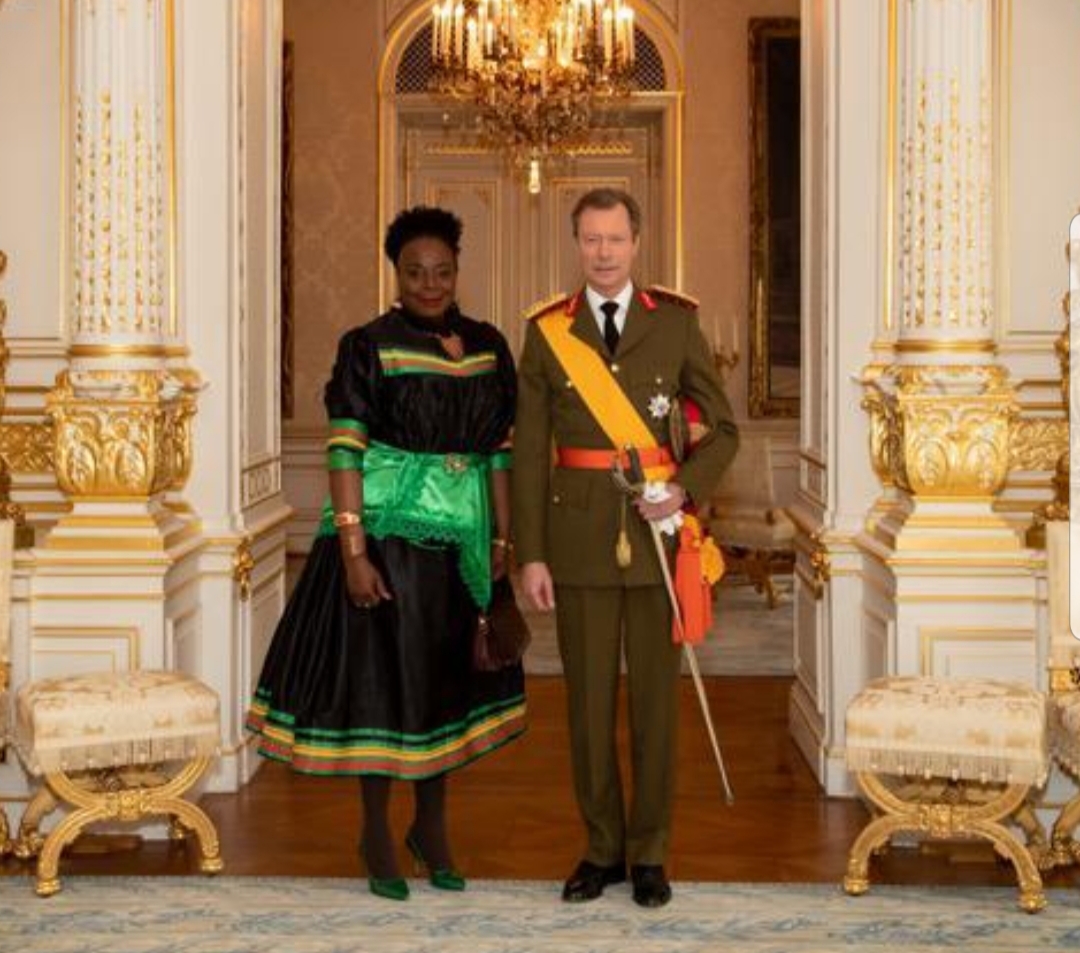 Grand Duke of Luxembourg, His Royal Highness, Duke Henri Albert Gabriel Félix Marie Guillaume has received letters of credence from Zambia’s Ambassador to Belgium and Plenipotentiary to the Grand Duchy of Luxembourg Her Excellency Esther Munalula Nkandu.
Speaking during the successful audience held at the Grand Ducal Palace, Ambassador Munalula-Nkandu expressed gratitude to The Duke for the warm reception accorded to her and stressed the need for sustaining relations between the two countries.
The Ambassador explained that government remains grateful for the various investment projects and assistance  received from Luxembourg.
The Ambassador reaffirmed the Duke of governments commitment to the economic development of the country as outlined in the Seventh National Development Plan.
She explained that plan’s multi-sectoral approach is a deliberate move to ensure a simultaneous and coordinated approach to implementing accelerated development programmes.
“Your Royal highness, you may wish to know that our government has a blueprint for the socio-economic transformation of our country inscribed in a document called the Seventh National Development Plan.
This Plan departs from sectoral-based planning to an integrated development approach, meaning that Zambia’s economy will move from copper dependency and embrace other sectors like tourism and agriculture which have the capacity to drive the country’s development agenda.
By using this development approach, the plan has the advantage of considering the comparative and competitive advantages of the country’s different  regions in allocation of resources towards implementation of the multi-sectoral strategies and ultimately  setting in motion a series of mutually supporting activities in different sectors with the general objective of delivering the national agenda”, The Ambassador explains.
And the Duke has reaffirmed his government desire to collaborate with Zambia on areas of mutual benefits.
He also told the Ambassador that his government stands ready to offer assistance to Zambia in order to attain its development agenda.
The Duke says he remains optimistic of the profound and cordial relations between the two governments stating that both countries are land-linked and have similar landscapes.