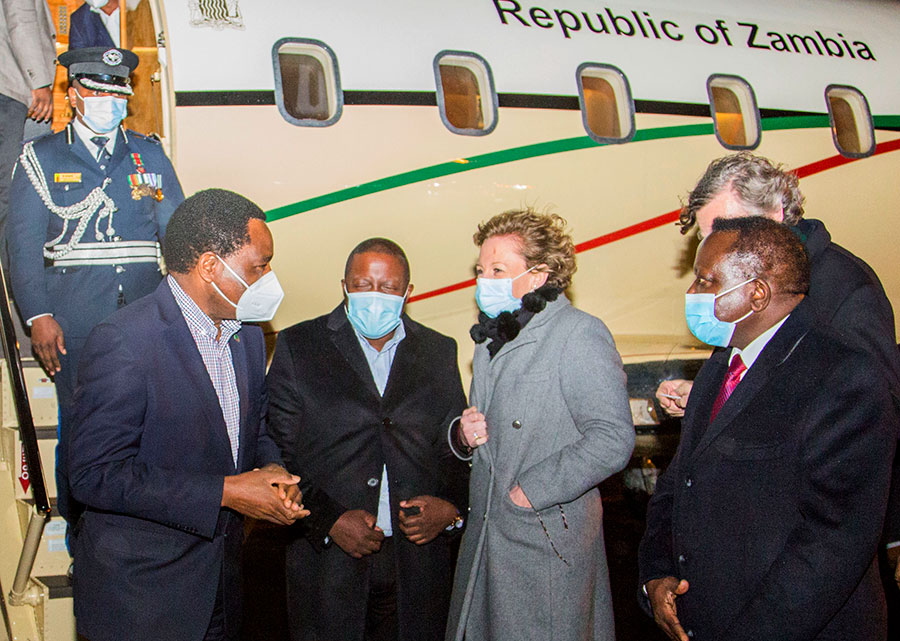 President HAKAINDE HICHILEMA is in the Belgian Capital, Brussels to attend the Sixth African Union (AU) and European Union (EU) Heads of State and Government Summit.

The Presidential plane carrying the Head of State, touched down at Brussels International Airport at 19:40 hours local time.

President HICHILEMA will join other AU and EU leaders for the two-day Summit which officially opens Thursday 17th February, 2022.

The Summit which is being convened under the theme: “Africa and Europe: Two Continents with a Joint Vision for 2030”, will present a unique opportunity to lay the foundation for a renewed and deeper AU-EU partnership with greater cooperation for mutual benefit.

The leaders will discuss how both continents can build greater prosperity with the aim of launching an ambitious Africa-Europe Investment Package, taking into account global challenges such as climate change and the current health crisis.

President HICHILEMA is expected to participate in a series of thematic roundtables which include growth finance; health systems and vaccine production; agriculture and sustainable development; peace, security and governance, and private sector support and economic integration, among others.

The President will also hold bilateral meetings on matters of mutual interest with different leaders of Member States of both the European Union and the African Union.