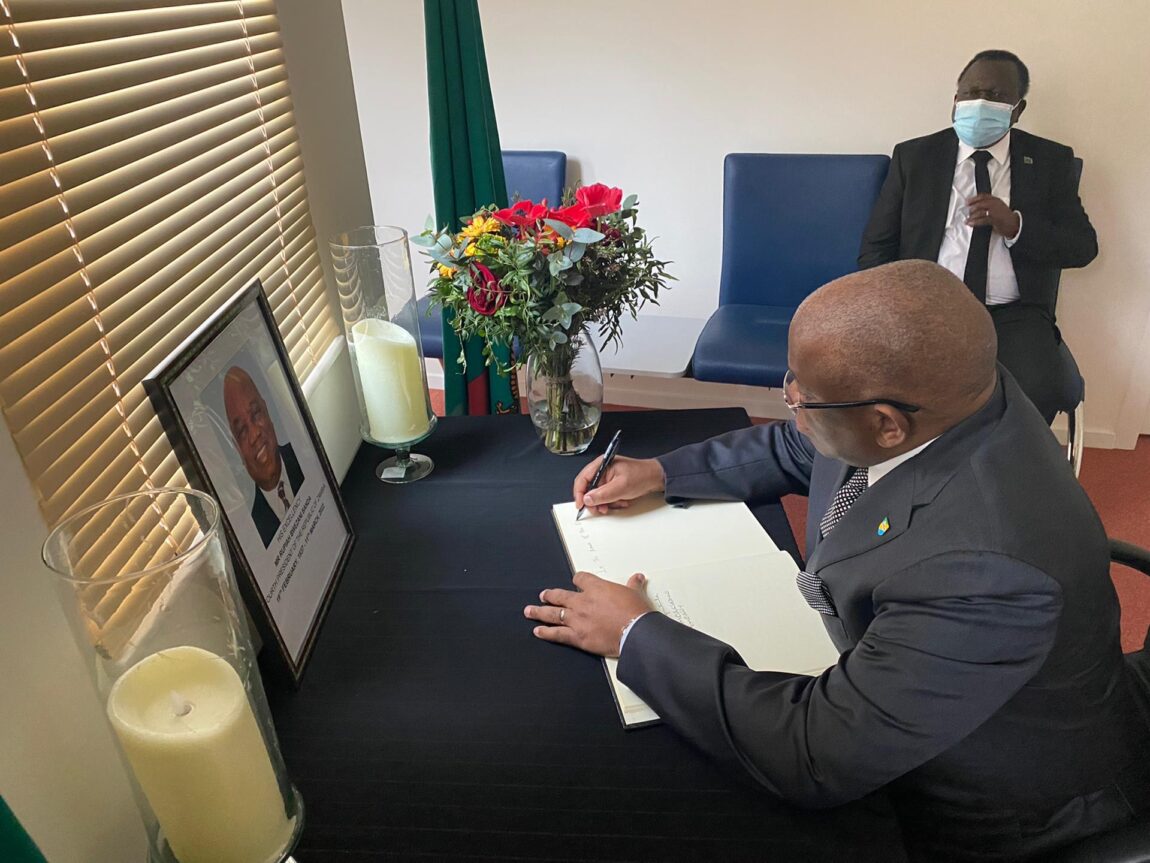 The Organisation of African, Caribbean and Pacific States – OACPS has sent a message of condolences to Government and the people of Zambia over the demise of Fourth President Rupiah Bwezani Banda.

OACPS Secretary General Georges Robelo Chikoti has described the former President as a great son of the African continent and statesman whose leadership is to be emulated by the young generation.

Mr Chikoti said he remembers Mr Banda as a man with a warm personality and a leader that placed service above self – a characteristic that helped him to lead the nation when Zambia needed a unifier following the untimely death of President Mwanawasa.

The Secretary General said this shortly after signing the book of condolences at the Zambian Embassy in Brussels.

And Brussels based SADC Group of Ambassadors have sent their condolences to the Nation and the Banda Family.

Group Chairperson, who is also Ambassador of Malawi to Brussels, Dr Naomi Ngwira described Mr Banda as an illustrious man who served and represented Zambia diligently both at SADC and the International Community.

Ambassador Ngwira says SADC will fondly remember Mr Banda as a patriotic diplomat and extraordinary man who dedicated his life to improve the lives of his people.

And Namibian Ambassador to Brussels has described President Banda as a friend to Namibia whose pivotal role in advancing the country’s independence can not go unnoticed.

Dr. Mekondjo Kaapanda-Girnus, says President Banda’s enormous contribution to the liberation movement of Southern Africa as a whole will live to be appreciated.

Meanwhile Members of the diplomatic community in Brussels have continued to pour in their messages of condolences at the Zambian Embassy.