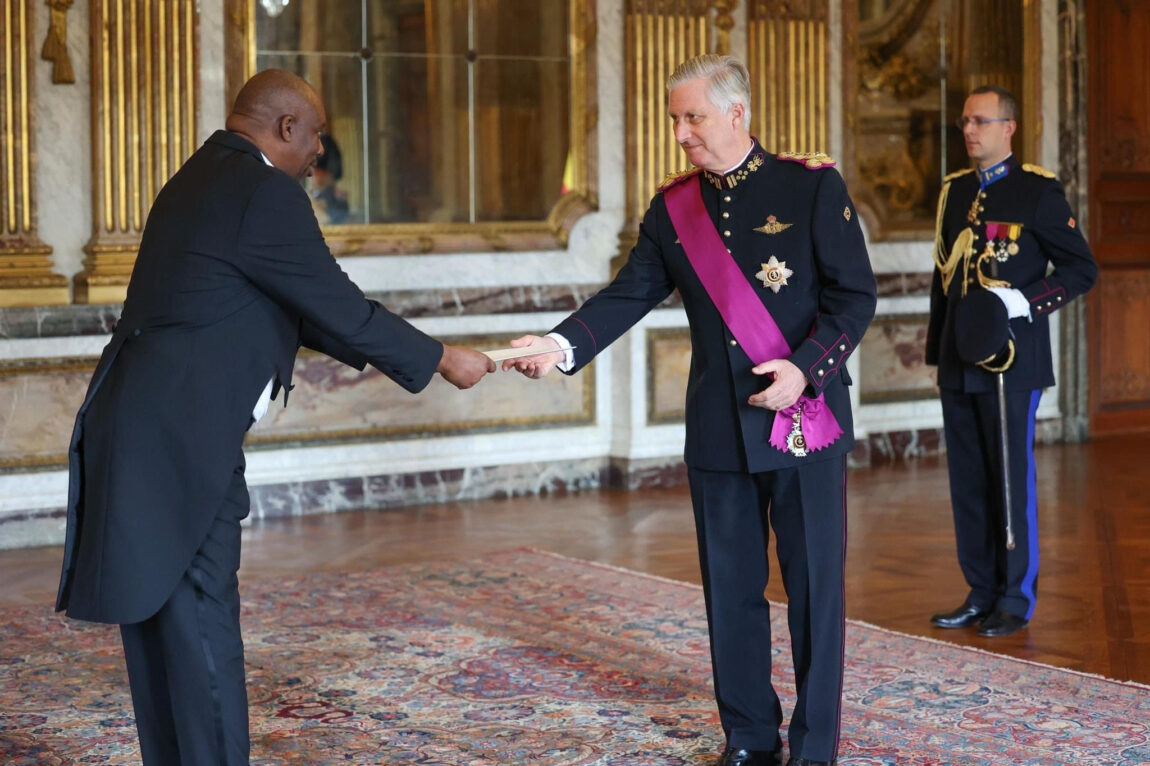 Zambia’s Ambassador accredited to the Kingdom of Belgium, His Excellency Mr Sylvester Mundanda has presented his letters of Credence to His Majesty, the King of Belgians, King Philippe Leopold Louis Marie.

Speaking during the ceremony held at the Palais Royal de Bruxelles, King Phillipe welcomed the Ambassador and highlighted the warm and cordial relations that continue to exist between the two countries.

The King also congratulated President Hakainde Hichilema on his 2021 election victory adding that he is elated at government’s commitment to economic reforms and the fight against corruption.

King Phillipe further implored on the Ambassador to fully utilise his role and engage with the Belgian government departments responsible for his areas of interests and priorities which may culminate in meeting his objectives and goals.

The Ambassador reiterated on the need for enhanced trade and investment cooperation between the two countries.

Ambassador Mundanda added that the Zambian government is eager to enter into a triangular corporation with the DRC and Belgium on areas of mutual benefit.

He explained that government has formulated deliberate policies for a conducive business environment that aim at promoting the increase in Foreign Direct Investment.

The Ambassador says he remains optimistic of a good relationship between the two governments.

Other matters discussed were the implementation of the Memorandum of Understanding on Political Consultation between the two governments; the cancellation of Zambia’s debt owned to the Kingdom of Belgium; the reciprocal opening of a Belgian Embassy in Zambia as well as the employment of Diplomats’ spouses among others.